Future Architecture of the Network Workshop

Prof. Ani Gole is Distinguished Professor and NSERC Industrial Chair in Power Systems Simulation at the Department of Electrical and Computer Engineering, at the University of Manitoba. He has over 30 years’ experience in the development of modelling tools for power networks incorporating power-electronic equipment such as HVDC and FACTS converters. He is one of the original developers of the widely used PSCAD/ EMTDC simulation program,  and has  made important contributions to the development of the world’s first real-time digital simulator for power systems – RTDS from RTDS Technologies of Winnipeg, Canada.

Dr. Gole is a Professional Engineer in the Province of Manitoba, a Fellow of the Canadian Academy of Engineering  (CAE) and  a Fellow of the  Intstitute of Electrical and Electronic Engineers (IEEE). For his contributions to the modelling of Flexible Ac Transmission System (FACTS) devices, he received the IEEE Nari Hingorani FACTS medal in 2007.

Frede Blaabjerg (S’86–M’88–SM’97–F’03) was with ABB-Scandia, Randers, Denmark, from 1987 to 1988. From 1988 to 1992, he got the PhD degree in Electrical Engineering at Aalborg University in 1995. He became an Assistant Professor in 1992, an Associate Professor in 1996, and a Full Professor of power electronics and drives in 1998. From 2017 he became a Villum Investigator. He is honoris causa at University Politehnica Timisoara (UPT), Romania and Tallinn Technical University (TTU) in Estonia.

He has received 33 IEEE Prize Paper Awards, the IEEE PELS Distinguished Service Award in 2009, the EPE-PEMC Council Award in 2010, the IEEE William E. Newell Power Electronics Award 2014, the Villum Kann Rasmussen Research Award 2014, the Global Energy Prize in 2019 and the 2020 IEEE Edison Medal. He was the Editor-in-Chief of the IEEE TRANSACTIONS ON POWER ELECTRONICS from 2006 to 2012. He has been  Distinguished Lecturer for the IEEE Power Electronics Society from 2005 to 2007 and for the IEEE Industry Applications Society from 2010 to 2011 as well as 2017 to 2018. In 2019-2020 he served as a President of IEEE Power Electronics Society. He has been Vice-President of the Danish Academy of Technical Sciences. He is nominated in 2014-2020 by Thomson Reuters to be between the most 250 cited researchers in Engineering in the world.

Ioannis Lestas is an Associate Professor at the Department of Engineering, University of Cambridge. He received the B.A. (Starred First) and M.Eng. (Distinction) degrees in Electrical Engineering and Information Sciences and the Ph.D. in control engineering from the University of Cambridge (Trinity College). His doctoral work was performed as a Gates Scholar. He has been a Junior Research Fellow of Clare College, Cambridge and has been awarded a five year Royal Academy of Engineering research fellowship. He is also the recipient of a five year ERC starting grant. He is currently serving as Associate Editor for the IEEE Transactions on Smart Grid and the IEEE Transactions on Control of Network Systems. His research interests are in the area of control of power networks and smart grids.

Daniel Martin is a chartered professional engineer with 20 years of experience in transformers and electrical systems. He is currently the convener of the CIGRE New Zealand panel for power transformers and reactors. He is also a senior member of the IEEE and a chartered member of Engineering New Zealand. In his current role of innovation project engineer at ETEL transformers, he leads, manages and completes innovation projects for new technologies. He has a Ph.D. degree in electrical engineering from the University of Manchester and a B.Eng. degree with honours in Electrical and Electronic Engineering from the University of Brighton, UK. Before joining ETEL transformers he was a lecturer at the University of Queensland, with his research interest being on transformer technology, and prior to that the director of the transformers research centre at Monash University.

Babak holds BSc, MSc and PhD all in the area of electrical power systems. Prior to joining Aurecon in March 2021, he spent his career at Mott MacDonald Transmission and Distribution (UK), Vestas Wind Systems (Denmark), and the past nine years with AEMO as the Manager of Operational Analysis and Engineering team. Babak is a recognised worldwide expert in the areas of power system modelling and analysis, impacts of grid-connected and distributed inverter-based resources from operational, connections and planning perspectives, and power system restoration.

Babak has written more than 70 CIGRE and IEEE journal and conference papers and served as keynote and invited speaker in several international events. In January 2021 Babak was appointed as a Distinguished Lecturer by IEEE Power and Energy Society (PES). He is also a recipient of 2019 ESIG Engineering excellence award. In March 2021 Babak was appointed as the chief editor of CIGRE Green Book on ‘’Power system dynamic modelling and analysis in evolving networks’’. In September 2021, he was appointed as an Adjunct Professor by Monash University.

Dr. Adapa joined EPRI in 1989 as a Project Manager in the Power System Planning and Operations program. Later he became Product Line Leader for Transmission, Substations, and Grid Operations where he developed the research portfolio and business execution plans for the Grid Operations and Planning areas. Some of the tools in this portfolio included market restructuring, transmission pricing, ancillary services, and security tools to maintain the reliability of the grid. Before joining EPRI, Dr. Adapa worked at McGraw-Edison Power Systems (presently known as Eaton’s Cooper Power Systems) as a Staff Engineer in the Systems Engineering Department.

Dr. Adapa is an IEEE Fellow and has been honored several times by IEEE for his outstanding contributions to the profession. He received the 2016 IEEE PES Nari Hingorani Custom Power Award. He has authored or coauthored more than 125 technical papers and is an IEEE Distinguished Lecturer. He is an individual member of CIGRE and a Registered Professional Engineer.

Bernd Wunder has received a degree in Electrical Engineering from Friedrich-Alexander University Erlangen-Nuremberg in 2010. From 2010 until 2013 he was employed as scientific assistant at the Chair for Electronic Components and developed several power electronic systems for EVs. In 2013 he founded the group for DC microgrids at the Institute for Integrated Systems and Device Technology (IISB) to design new destructive infrastructure for regenerative and sustainable energy usage. As well-known DC entrepreneur he was honoured and strongly supported the IEEE ICDCM2015 and organized the IEEE ICDCM 2017 conference in Nürnberg as leader of the technical program. He is also active in IEC where he represents Germany as national delegate in the IEC SyC LVDC committee.

Tipene Merritt has extensive experience in research and development, including commercialisation, both in New Zealand and Australia. He is an expert advisor for Vision Mātauranga and the development of mutually beneficial relationships between Research Institutions and Māori communities. He has played a leading role in drafting University policy in providing for mātauranga Māori (indigenous knowledge) and taonga species (indigenous flor and fauna). His research (LLM 1st Class Honours) includes an analysis of University IP Policy and how it provides for mātauranga Māori. Merritt’s current research (PhD) seeks to improve outcomes for mātauranga Māori.

Dr. Hamish Laird is CTO at ELMG Digital Power where he works on the digital control and design of power converters. He has thirty years of experience working with power conversion and energy systems in New Zealand, Australia, UK, USA, Switzerland, Sweden, Italy. He is a senior member of the IEEE and is a member of the Industrial Electronics Societies (IES) Technical Committee (TC) for Programmable Devices in Industrial Applications. Hamish is also an Adjunct Senior Fellow at the Electrical and Computer Engineering Department, University of Canterbury where he contributes to power electronics research. 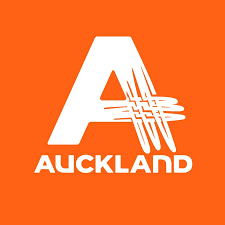